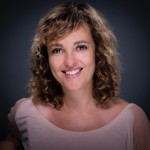 Government says SPLM-N rift affects efforts for peace in Sudan, as opposition calls to end it

Philippines push for rebel truce ahead of Norway talks

Implementing the Guidelines: a Toolkit to Guide Understanding and Implementation of the Guidelines for Protecting Schools and Universities from Military Use during Armed Conflict