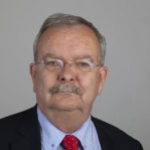 Marco Sassòli is Director of the Geneva Academy of International Humanitarian Law and Human Rights and professor at the University of Geneva.

This contribution has nothing to do with sex and only partly deals with crimes, but mainly reacts to Tilman Rodenhäuser’s book. I read Tilman Rodenhäuser’s book with great interest, full of admiration for the wealth of research and nuanced argument lines on a subject, which until now, has not received sufficient scholarly attention. However, I also found it challenging, particularly on account of my role as a discussant of the book, and the associated task to disagree with some positions. Indeed, in my main field of expertise, international humanitarian law (IHL), I tend to agree with everything the author writes. Nevertheless, with a little more effort, I found an aspect that could deserve future research, as well as a question on a detail. Regarding international human rights law (IHRL) as well, I agree with the main argument that armed groups must be bound by human rights (although I am not as persuaded as the author that this is already the case, particularly, beyond armed groups exercising quasi-governmental authority in defined territory). Further, his claims about crimes against humanity and genocide, equally seem reasonable to me. My main concern (which could be purely terminological) with the book is that it  affirms – without detailed discussion – existence of armed groups in the absence of armed conflicts.

2. Which are the “fundamental” rules of IHL that an armed group has to be able to respect?

The author aptly suggests, that the usual indicators for the degree of organization of an armed group used by jurisprudence, lead to three genuine conditions that must be fulfilled cumulatively: (1) Existence as a collective entity; (2) Possession of the capacity to engage in sufficiently intense violence; and, (3) The ability to ensure respect for “fundamental” (pp. 64, 87) or “basic” (pp. 88, 315) humanitarian norms. The third condition is obviously the decisive one. I fully agree that it is useless to claim that groups are bound by rules they are unable to respect. I have explained elsewhere why I think this necessitates a serious reality check on whether rules of IHL of non-international armed conflicts (NIACs), and their increasing convergence – qua customary law or analogy – with those of IHL of international armed conflicts (IACs), are actually realistic for armed groups (Marco Sassòli, “Taking Armed Groups Seriously: Ways to Improve Their Compliance with International Humanitarian Law”, The Journal of International Humanitarian Legal Studies 1 (2010), pp. 15-20). Considering that what counts, is that the group is able to respect “any kind of rules”, (p. 88) may however, expand the scope of application of IHL of NIACs considerably. This though, can be problematic, if one believes – as I disagree, on the contrary – that this framework contains “authorizations”.

It is nevertheless regrettable that Rodenhäuser remains very vague about which rules are “fundamental”. He stresses that an armed group does not need “the capacity to implement every single rule of applicable IHL” (p. 88). He explains: Firstly (p. 41), he follows the ICRC Commentary position on the obligation to collect and care for the wounded and sick under Common Article 3. He insists that this obligation, which most armed groups are unable to fully comply with, demands from them “only what can be required under the given circumstances, taking into consideration factors such as the security conditions and available resources”. In this regard, I am not convinced that an armed group engaged in hit-and-run operations, without territorial control, is able to comply with anything else – than not to kill such a wounded person. It is debatable whether this can be considered sufficient to comply with the obligation to collect and care for her. Secondly (p. 42), Rodenhäuser mentions the requirement of Common Article 3 that armed groups may not pass “sentences [or carry] out of executions without previous judgment pronounced by a regularly constituted court, affording all the judicial guarantees which are recognized as indispensable by civilized peoples.” He does away with such judicial guarantees, which no group without stable control of territory and quasi-governmental authority can respect. This he achieves, by mentioning correctly, that every armed group is able to comply with the provision by neither sentencing, nor executing anyone. This solution only works, if one does not consider – like the ICTY and the ICRC Customary Law Study – that command responsibility in NIACs includes the responsibility of commanders to punish members who have committed violations, in order to avoid responsibility for crimes committed by subordinates. Or could there be punishment without a sentence? Additionally, Rodenhäuser fails to explain how a group can respect the far-reaching positive human rights obligations he considers as binding upon armed groups controlling territory (pp. 159-192) – without trying anyone.

The author writes, that the threshold of organization an armed group must fulfil, in order to fall under customary IHL of NIACs, is the same as that required for Common Article 3. It would therefore be interesting and necessary, to operationalize the condition that an armed group must be able to ensure respect for “fundamental” humanitarian norms. This could be achieved by going over the 136 customary rules of the ICRC Customary IHL Study, applicable – according to the ICRC and Rodenhäuser – to all NIACs. Such an enquiry would be important to identify those rules, that are sufficiently “fundamental”, of which an armed group’s inability to respect, would mean they are not organized. Admittedly, most customary rules are formulated by the ICRC in a way that makes them adaptable to the capacity of the addressee (by using terms such as “feasible” – rules 15-22 – or “to the degree practicable”). However, here are a few examples of rules, with which many armed groups may have difficulties:

Incidentally, Rodenhäuser suggests a possible way out of the dilemma of either absolving an armed group from any IHL obligations (if no organized armed group is involved no NIAC exists), or considering that certain rules of customary law are not “fundamental”.  Astonishingly though, this is suggested only for IHRL (pp. 147-148), and not for IHL; that is, to apply a sliding scale where an armed group that is better organized and has more stable territorial control, would be obliged to comply with rules more similar to the full panoply contained in IHL of IACs (and largely claimed to apply to NIACs qua customary law). In the future someone may suggest a categorization of armed groups into typical categories. Each category would be covered by different sets of customary rules that are so “fundamental” that an armed group that cannot respect them could not be a party to a NIAC. More importantly, these would be rules that armed groups of each category must respect. Interestingly enough, Rodenhäuser suggests (pp. 159-209) such categories for the purpose of determining applicable IHRL obligations – but not for IHL.

Finally on IHL, a small detail aroused my curiosity. On four occasions Rodenhäuser writes that the organizational requirements for armed groups behind war crimes are “similar” to those for an armed group to be party to a NIAC (pp. 6, 8, 215, 216). For reasons he explains well (p. 215), they must in my view, necessarily and inherently, be exactly the same. It would be interesting to know whether the author considers there to be any differences.

4. Must everyone respect IHRL?

On IHRL, the argument is more innovative, sometimes militant, but I agree with the basic proposition that armed groups are bound (or should at least be bound) by IHRL. Rodenhäuser lists (pp. 121-159) good arguments for this conclusion. However, to see IHRL as consisting of individual entitlements, does not solve the question on who has to respect those entitlements. Although I have an entitlement not to be physically harmed, I do not think a polar bear that wounds me violates IHRL.

I find the following categorization of armed groups, both thoughtful and useful: (1) groups exercising quasi-governmental authority in defined territory; (2) groups exercising de facto control over territory and population; and, (3) groups not controlling territory and population. However, in a book on the organization of armed groups, I would have expected – at least for the third category – some thoughts about the minimum level of organization an armed group needs to be bound by IHRL (indeed, as the author insists that it is not the same as the one he so well discusses for IHL: pp. 7, 8). Does the author consider that everyone is bound by the obligation to respect (by opposition to protect and fulfil) “fundamental” rights of international human rights law, however disorganized an entity is? If so, the author should say so, and thus render the question asked in the title of his book irrelevant for IHRL.

5. Armed groups in the absence of an armed conflict?

A more fundamental doubt I have is whether armed groups exist without armed conflicts. Rodenhäuser insists they can (pp. 118, 181). Depending on how one sees the end of application of IHL after a NIAC, I agree that armed groups may exist even after an armed conflict has ended. For sure, even in the absence of an armed conflict, a group is able to create a context in which individuals can commit crimes against humanity or genocide; or, it may even commit such crimes, itself. I also admit that a group may have human rights obligations even in the absence of an armed conflict. I do not see, however, the utility to designate such group as “armed”. Our divergence may be terminology. Nevertheless, in the absence of an “armed” conflict, a group does not need any “arms”. Are there armed groups without arms? Why would “armed” groups have other obligations as compared to other groups? Second, and more importantly, in the absence of armed conflicts, it is much more difficult to argue that a group has obligations under international human rights law. Indeed, as Rodenhäuser correctly explains in his IHL part, States have inherently given armed groups functional legal personality necessary to be bound by IHL obligations, which they have addressed to them. From there, it is much easier to argue that limited legal personality also covers IHRL obligations, which are necessary to fill gaps, correctly identified in the book. Such would exist, if only IHL applied. Third, without any (past) armed conflict, the thoughtful explanations by Rodenhäuser (pp. 135-143, 160-163, 182-184, 193-198), on why the responsibility of the territorial State is insufficient, become much-less convincing. I would argue that in the absence of an armed conflict, the territorial State must and can protect human rights against an “armed” group. It may not tolerate that a group, which does not violently resist the reestablishment of governmental authority, exercises quasi-governmental authority or de facto control over territory and population. Fourth, I think it is precisely when it comes to their organization (including that necessary under IHRL), that armed groups involved in an armed conflict differ considerably from groups that are not armed – like political parties, criminal bands, clans etc.