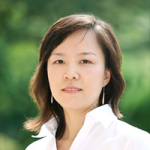 This article draws upon my research on these issues to answer these central questions about non-state armed actors engaging in international law talk. Below, I am organizing my thoughts using 5W and 1H (who, what, where, when, why, and how). The article will focus on insurgent groups that fight militarily and politically against national governments, although I think silence from extremist groups should be taken seriously in subsequent research.

Capacity appears to be important, primarily as a conduit with which non-state armed groups get to familiarize and get to announce their international law related activities and thinking. Capable and resourceful groups like the Polisario Front in Western Sahara can take the legal case to the European Court of Justice with the help of the Independent Diplomat. In contrast, for weak groups, such as the Arakan Rohingya Salvation Army (ARSA) that are fighting against the government with flip-flops and wooden machetes, we do not find much references to international law in the public arena. This coincides with recent research on rebel diplomacy as to non-state armed groups having communications department and legal affairs divisions.

Willingness is also important in shaping whether non-state armed groups engage with international law. Those who have some international legitimacy would have the desire to act more like states. The Polisario Front has been recognized by the UN and the African Union, and was able to take the case to the European Court of Justice – like states do. Legitimacy-seeking ones at the international stage, especially autonomy seeking groups or secessionist ones, sometimes issue international law related statements. Even some groups that one might regard as mere violators of international law sometimes respond and react to this legal regime. Hamas, responding to the Fact Finding Missions after the 2008 Gaza War, is one example of it.

What do non-state armed groups talk about with regard to international law? The content ranges from vague invocations of the Geneva Conventions to the detailed agreements towards the reduction of anti-personnel mines use, or to the time-bound action plan to reduce the number of child soldiers, also included in the internal codes of conduct. Basically, non-state armed groups talk about international humanitarian law principles and norms, such as the respect for civilian life, prohibition on certain weapons, as well as proportionality in their conduct of hostilities.

What kind of legal arguments do non-state armed groups make? The super-common pattern is to justify their cause for war and expressing grievance for government repression, or external powers’ “occupation.” This claim related to jus ad bellum and casus belli purports to legitimatize their actions. The message that “governments started this war” and therefore “our war is just” is the frequent one delivered in these rebel documents. Also common is the accusation of governments’ wrongdoings – some claims also about jus in bello. The claim takes the form of “governments committed X and Y horrendous acts. We do not commit those atrocities.” Some armed groups even proffer that they discipline their soldiers to respect civilian life. This comparison between what governments do and what they as armed groups do seeks to place them in a relatively high moral ground.

Where and which region does it often occur? All the regions of the world with varying degrees. Among the ones that appear in Their Words database (Geneva Call’s Directory of Armed Non-State Actor Humanitarian Commitments) between 1974 and 2010, we count a total of 436 rebel groups that include 184 African, 35 American, 192 Asian/Oceanian, and 25 European. The spread tells us that non-state armed actors’ international law talk is a global phenomenon, not necessarily constrained to one region or one country.

When do non-state armed actors talk about international law? My research shows that the timing is important. It is around the timing of moderation or near peace talks that non-state armed actors actively engage international law talk. The Taliban is one example. Recently, the delegation of IEA had a speech in Moscow, expressing the respect for civilian life as well as women’s rights. On the same website that published the speech, the IEA also advertises its “Commission for Prevention of Civilian Casualties and Complaints.” Basic values like respect for civilian life is also part of Islamic law, so it is difficult to categorically say that the Taliban is appealing to international law, but other values related to human rights are strikingly consistent with global values. The important fact here with respect to timing is that this speech came with the backdrop of the Taliban’s potential negotiation with the United States. In this context, it is also interesting to see the Taliban’s denial to the Al-Qaeda connection. All these announcements, in a way, signal potential moderation on the part of the group. A broader sample analysis also shows that insurgent groups are four times more likely to express international law than any other phase of conflicts.

How do non-state armed groups get to talk the international law language? Many routes can exist, but two stand out. Some non-state armed actors with leadership from state armies, for instance, get their knowledge from these governmental forces, and then express it through rebel organizations’ diplomatic apparatus, such as their communications or legal affairs’ departments. The second route is the humanitarian engagement by international organizations and non-governmental organizations. These examples include the United Nations’ action plans signed between non-state armed actors and the UN Special Representative of the Secretary General for Children and Armed Conflict. The signing of Deeds of the Commitment, in the context of Geneva Call’s engagements, is the other example. The belief that legal commitment can bear fruit drove a lot of humanitarian commitments on the part of rebel groups through the interactions with international humanitarian actors.

With what medium do non-state armed groups express international law? As the social media expands, rebel groups are increasingly relying on the digital messages, going beyond traditional public announcements or public releases of documents. Most of them are for recruitment purposes, but some are delivering messages about the laws of war and other international law principles.

We are starting to understand why and how non-state armed actors engage in international law talk. How international community engages in that dialogue for the purpose of humanitarian engagement is a policy question that I leave for future research and practice.