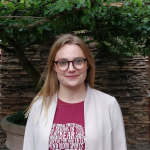 Tove Nyberg is a fourth year PhD student in Criminology at Stockholm University. She holds a law degree and a master’s degree in socio-legal and criminological research. Her research is on justice for children who have been involved with organised armed violence in Colombia. She specifically studies professionals within the transitional and child (criminal) justice systems and their experiences and reflections on children who have been involved with different types of organised armed groups. Tove is also currently working for the United Nations in Colombia monitoring the implementation of the peace agreement with FARC-EP from 2016.

The purpose of this post is show that after the armed conflict in Colombia was supposed to have ended, violence is just as bad – if not worse in some regards – as during the years before the 2016 peace agreement. Illustrating this with reference to qualitative field research carried out in Colombia during 2018 and 2020, this piece argues that it would be counterproductive to deny the existence of multiple ongoing armed conflicts in Colombia, at the very least for the purposes of adopting victim sensitive responses as well as prompting reconciliation and reintegration approaches.

Consequences of the application of IHL

The application of international humanitarian law (IHL) corresponds with, and affects, public policies relating to how a State responds to non-state armed groups, such as the ratio of military or police presence or the use of transitional justice mechanisms versus ordinary criminal justice mechanisms. In turn, these policies influence the attention given to victims and related populations, such as community leaders (also commonly known as social leaders or human rights defenders). Violence against community leaders who, for example, fight for the protection of land and natural resources, is arguably more likely to receive more attention from human rights organisations and the international community within a context of an armed conflict – than they would, if the violence takes place outside the context of an armed conflict

The manner in which the recruitment of children into armed groups is handled is also very different in circumstances where it is deemed that there is an armed conflict. According to IHL, as well as the relevant international human rights norms, children who are recruited by armed groups are considered as victims. Conversely, if there is no ongoing conflict, children joining armed groups are far less likely to be considered victims. In fact, if they come in contact with the justice system, the response will include one form or another of coercive criminal justice responses. These children are viewed primarily as child offenders and the circumstances around their recruitment is in the best case a mitigating circumstance for the length and type of sentence ordered by a court.

The criteria for whether a particular situation of violence amounts to armed conflict hinges partly on the conceptualisation of non-state armed groups. The understanding and perceptions of armed groups is, in this sense, also highly relevant to the treatment of victims and vulnerable populations. It is therefore important to critically review presentations and narratives of armed actors within contexts of violence and to consider the consequences for the attention and treatment of different affected populations. In the case of present-day Colombia, for example, identifying the conflict parties to may not be easy as the complex violent situation continues. In this context, community leaders are increasingly targeted and killed and various types of armed groups are recruiting (and using) new members, including children, for their operations. While the International Committee of the Red Cross (ICRC) has largely categorised the ongoing violence as five non-international armed conflicts, the subject has been disputed within the Colombian State. For example, the 2019 defence and security policy includes no specific reference to ongoing armed conflicts and the current director of the National Center for Historical Memory has questioned the existence of an armed conflict in Colombia various times.

Colombia is currently home to numerous armed groups. They are diverse in character and with a constantly changing organisation. The historically strongest group – FARC-EP (Fuerzas Armadas Revolucionarias de Colombia-Ejército del Pueblo) – signed an important peace agreement with the Colombian government in 2016 after almost 60 years of guerrilla warfare and four years of negotiations. Some argue that Colombia, at that point, entered into a transitional phase leaving the days of armed conflict behind. However, violent conflict still persists, and different types of armed groups continue to operate, most notably the illegal drug trade. Many of these non-State actors are recruiting new members, including children of varying ages.

These groups consist, amongst others, of FARC-EP’s former members who never agreed with, and enlisted under, the new peace agreement, as well as those who have, since the adoption of the agreement, decided to leave the reincorporation track to take up arms again (often called FARC-EP dissidents). These ex-FARC-EP members are now mostly organised under smaller groups (usually called “Frentes” referring to the old FARC-EP structures). For example, the group known as Frente 1 continues the revolutionary discourse. At the same time, it is currently aiming to take control over territories known for their flourishing coca production in the south of Colombia. This is also the case for Frente 18 (currently under the command of ex-FARC-EP senator Iván Marquez), known to be heavily involved with drug trafficking and illegal exploitation of mining deposits in Antioquia and Córdoba. The numerous Frentes sometime collaborate, but also fight each other, as well as against other groups, for control over lucrative and strategic territories across Colombia. There have also been confrontations between them and the Colombian military.

Examples of such groups are Los Caparros, a group previously subcontracted by Clan del Golfo (or Autodefensas Gaitanistas de Colombia). Clan del Golfo is the largest and most powerful post-demobilisation paramilitary group with strongholds in the departments of Antioquia, Chocó and Córdoba departments, but with presence in La Guajira, Cesar, Santander and in major urban areas. A rivalling group to Clan del Golfo, was Los Rastrojos in Valle del Cauca and Cali but that seem to have almost disappeared during 2018 and 2019. Los Puntilleros are active in Meta and towards the border with Venezuela. In the south of Colombia, in Putumayo, the group La Constru is active in the south of Colombia on the border to Ecuador (and allied with FARC-EP dissident group Frente 48). These examples can arguably be traced back to AUC to varying degrees. Other prominent active armed groups are ELN (Ejército de Liberación Nacional), a Marxist-influenced guerrilla, with nation-wide reach and Los Pelusos (lingering structure from another demobilised guerrilla group – Ejército Popular de Liberación) predominantly in Norte de Santander on the border to Venezuela.

Due to the fast-changing nature and the non-public, secret nature of their operations, as well as an invisibility of recruitment of new members and threats against social leaders and communities, it is extremely difficult to obtain verified coherent information. Both conceptualisation and information about these groups are lacking. The ICRC has called for further detailed analysis in relation to the Colombian ongoing armed conflicts. While it may benefit victims, the triggering of IHL could also justify the use of deadly force, which in the muddled conflict context of Colombia is likely to affect civilians. The military, for example, bombed a FARC-EP dissident camp in August 2018 in Caquetá. It was later revealed that at least 8 children were killed during the operation.

The year of 2019 saw a general upswing of deaths, threats, and forced displacement in many parts of Colombia. An important explanation to this upswing seems to be precisely this aforementioned reorganisation of armed groups after the adoption of the peace agreement. Between 2016 and 2018, FARC-EP dissidents, armed groups originating from old paramilitary structures, and others, organised themselves to occupy the territories the FARC-EP had left behind during the initial phase of the peace agreement. By 2019, the reorganised groups had already established some territorial control, beginning to actually expand it. In many rural areas in Colombia, the conflict over lucrative drug territories is thus once again eminent. New members are sometimes recruited under threats and sometimes because the implementation of the peace agreement is faltering in parts; many feels like the economic situation is not viable.

The increased violence, in this sense, also relates to the mounting of many peace-projects with the aim to integrate ex-FARC-EP members into society, substitute coca-cultivation, and many other initiatives promoting social and environmentally sound reforms. Armed groups, in particular, target community leaders, including leaders among the ex-FARC-EP members who have followed the reincorporation track. Apart from the coca substitution projects, the violence also often coincides with the activities of multinational as well as national companies extracting natural resources. Armed violence in relation to such activities has been ongoing during many decades and is furthermore nothing unique to the Colombian conflict.

The lack of conceptualisation and information about the armed groups and their activities (including recruitment and threats), together with the absence of economic opportunities and comprehensive well-funded State apparatus in rural parts of Colombia as well as corruption and low wages among State employees make up part of the continuing vicious circle of violent conflict in Colombia.

While the armed group FARC-EP was recognised as a non-state armed groups that fulfilled the criteria under IHL, it is not obvious whether other active groups fulfil the ‘organisation requirement’, due to their scattered organisations, lack of discipline, coordination and collective and open character, as well as their incapacity to respect IHL. However, it is depressing to note that the armed violence is just as bad – if not worse in some areas – as during the years before the peace agreement with FARC in terms of victims. On that basis, it would be counterproductive to deny the existence of multiple ongoing conflicts in Colombia. Those affected by the ongoing violence, such as the numerous children recruited and used by armed groups, need to be recognised by the State as victims within the context of armed conflict. Without victims a reconciliation, and reintegration at the centre of state responses to armed groups, peace efforts are doomed to fail completely in Colombia.