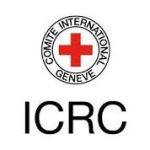 For civilian populations, living under the de facto control of a non-State armed group can exacerbate pre-existing needs and vulnerabilities, create new ones, or – in other instances – provide a degree of stability in conflict-ravaged environments. Regardless of whether civilians live under the control of a State or non-State party to a conflict, their essential concerns remain the same: they need security, work and livelihoods, respect for their basic rights, and education for their children.

When non-State parties to armed conflicts control territory over an extended period of time, IHL continues to apply and provide protection to civilians.

IHL applies for the entire duration of a conflict. In protracted conflicts, hostilities may stall or freeze for certain periods without a peaceful settlement being reached by the parties. As was discussed in the ICRC’s 2015 report on IHL and the challenges of contemporary armed conflicts (Challenges Report), various views exist on the applicability of IHL in these situations. In the ICRC’s view, non-international armed conflicts end when hostilities cease and there is no real risk of their resumption, which is rarely the case when control over territory remains contested among belligerents (see ICRC, Challenges Report 2015, p.10; and ICRC, Commentary on GCI, paras 483–502).

For as long as IHL applies, its rules, which contain fundamental humanitarian protections, apply to the treatment by non-State armed groups of persons living under their control. Within territory controlled by a State or non-State party to a conflict, parties to the conflict are bound by IHL in connection with all acts having a “nexus” or link to the armed conflict. The nexus requirement has been understood to mean that an act must be “shaped by or dependent upon the environment – the armed conflict – in which it is committed” – in other words, that the armed conflict played an essential role in a person’s ability, decision, and objective to engage in certain conduct (see ICTY, Kunarac et al Appeals Judgment, para. 58; and ICRC, Commentary on GCI, para 460). The nexus requirement ensures that the relationship between the State and the population, or between members of the population, continues to be regulated only by its obligations under human rights law, unless an act has a nexus to the conflict. It has been argued that in territory under the de facto control of a non-State party to a non-international armed conflict, only acts with a narrow link to the conflict would have such a nexus: thus, acts of the non-State armed groups that aim primarily to maintain law and order among the civilian population, or the provision of essential services, would fall outside the scope of IHL, and would be governed by other bodies of law, including human rights law. The other view, submitted here, is that the way in which non-State armed groups exercise control over, and interact with, persons living in territory under their de facto control is inherently linked to the conflict in question. The armed conflict plays a substantial part in the group’s ability to control the lives of those living under its control and the manner in which such control is exercised. As a result, IHL applies and therefore protects persons living in territory under the de facto control of non-State armed groups.

Protective rules provided by international law and their limitations

IHL provides fundamental and non-derogable protection for those affected by conflict. It protects the lives and dignity of civilians and addresses their acute humanitarian needs.

IHL obliges non-State armed groups to treat civilians living under their control humanely and without any adverse distinction. It prohibits all acts of violence against life and person; it prohibits pillage; and it requires parties to conflict to respect the convictions and religious practices of civilians under their control and to take special care not to damage or destroy cultural property. IHL defines a legal protection framework for persons deprived of their liberty and prohibits the passing of sentences without a fair trial; it provides rules protecting displaced persons; it establishes a framework regulating humanitarian assistance for the civilian population; it requires parties to conflict to collect, protect and care for the wounded and sick; and, as indicated above, Additional Protocol II protects the continuous education of children.

IHL applicable in non-international armed conflict does not, however, contain rules addressing issues such as the provision of public order and safety, the possible collection of taxes, or the adoption of laws regulating life in such territory. In contrast, rules addressing such issues exist for situations of occupation in international armed conflict (see Arts. 43, 48, and 49, The Hague Regulations of 1907; see also Art. 64, Fourth Geneva Convention). IHL applicable in non-international armed conflict tends to be less elaborate, or silent, on the protection of certain other rights, in particular the political, economic, social, and cultural rights of the population. Issues pertaining to the relationship between citizens and authorities are primarily the purview of human rights law. Ensuring continued protection of the human rights of persons living in territory under the de facto control of armed groups is, however, challenging as a matter of law and practice.

To overcome these legal challenges and engage in protection-related dialogue with all parties to armed conflict, the ICRC takes a pragmatic approach and operates on the premise that “human rights responsibilities may be recognized de facto” if a non-State armed group exercises stable control over territory and is able to act like a State authority (see also ICRC, Challenges Report 2011, pp. 14–15.[1] It is difficult to conclude that all non-State armed groups have human rights obligations as a matter of law; however, this approach recognizes that the needs of the civilian population living under the de facto control of a non-State armed group may warrant the engagement of humanitarian and human rights organizations with such groups on a broader scope of issues than those tackled by IHL applicable in non-international armed conflict. This is particularly important in protracted conflicts.