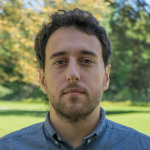 This week, Geneva Call published a new report on the Conduct of Hostilities by Armed Non-State Actors (ANSAs). The report emerges out of the third edition of the Garance Talks, which took place on February 2020, and focuses on the application of the rules of IHL governing this topic: distinction, proportionality and precaution.

The 2020 Garance Talks brought together four ANSAs from various regions of the world and experts from academia and international humanitarian organizations to discuss current challenges faced by ANSAs when attempting to comply with humanitarian norms. The Garance Talks aim at identifying ways forward in order to enhance their compliance with their obligations under international law. An important added value that this activity generates is an understanding of these actors’ perspectives on the legal and policy discussions that concern them.

The report includes a legal analysis on the topic and some selected examples of ANSAs’ practice and views on the rules applicable to the conduct of hostilities in armed conflict. Two main challenges were identified from the discussions. Firstly, from a “capacity” perspective, it remains unclear whether ANSAs have the capacity to implement rules that were primarily designed for the armed forces of States, which usually – although not always – have a more sophisticated level of organization than ANSAs. There is an assumption, however, that parties to the conflict: (i) will be able to use a certain type of uniform to differentiate their fighters from those not participating in the hostilities; (ii) will have the knowledge on how to undertake a proportionality assessment; and (iii) will be able to apply precautionary measures, both in the planning and execution of an attack and those against the effects of attacks, as envisaged in IHL. Second, despite the existence of these practical difficulties, the discussions demonstrated a general agreement among ANSAs on the importance of these rules. Yet certain definitions, such as those of “civilian” and “direct participation in hostilities”, varied according to each context, showing the existence of interpretative differences between the ANSAs themselves.

The 2020 edition of the Talks was organized in the context of a research project undertaken by the Geneva Academy of IHL and Human Rights and Geneva Call, which aims at understanding ANSAs’ practice and interpretation of humanitarian norms.